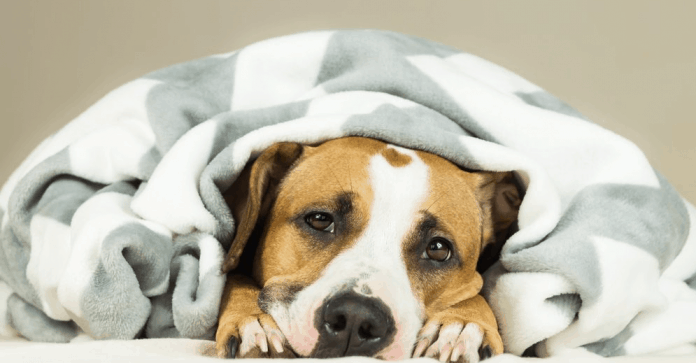 Tularemia is also known as Rabbit fever which is a bacterial disease. Tularemia affects humans as well as domestic animals and all wild species. A bacterium named Francisella tularensis that produces toxins in the blood causes tularemia.

Tularemia is very likely to affect rabbits and rodents. Tularemia in dogs is a rare and uncommon phenomenon but it is possible. This disease survives by forming tumors in the affected animal’s liver.

Tularemia in dogs can start off through a blood-sucking insect bite or a bite from an infected dog. When dogs start showing symptoms of tularemia such as lethargy, poor appetite, or high fever, you must consult a vet immediately.

There are some countries and continents such as the United Kingdom, South America, Africa, and Australia that are not affected by Tularemia. But North America poses as a popular host for this disease.

Tularemia affects humans as well as domestic animals. Talking about tularemia in domestic animals, sheep are very likely to be infected by the disease. But there have been reports that show dogs and cats also contracting the disease by means of ticks and flies.

Dogs are actually considered resistant to this bacteria and tularemia in dogs is actually rare to occur. However, dogs exposed to unfavorable conditions can get infected by the disease. Dogs that attack infected rabbits and rodents are more likely to contract tularemia.

Below is a set of questions answered in detail that will clear your doubts about the disease.

How Dogs get infected by Tularemia?

The toxin producing bacterium Francisella tularensis gets infected and causes tularemia. This infection can occur by several means and cause tularemia in dogs. Some of which are listed below:

Once the bacteria infects the dog’s internal system, and enters in the lymph system it further expands to the spleen, lungs, liver, and bone marrow.

Tularemia is a zoonotic bacterial disease. This disease can affect dogs during particular seasons. Summers or the warmer months are the time when dogs can be prey to fall for the grave disease.

The warmer months have a very favorable climate and temperature to attract tick and fleas. The ticks and fleas once bite the dogs can easily infect them with tularemia.

Knowing these types is important because tularemia in dogs can be easily transmitted to humans. If your dog contracts the disease through a tick bite the same ticks can spread in the house and bite humans as well.

Causes of Tularemia in Dogs

Causes of tularemia in dogs are a result of external exposure of dogs to unfavorable conditions and the environment. Tularemia the zoonotic disease is caused by the bacterium Francisella tularensis.

It is caused when dogs are exposed to contaminated water, soil, or infected animals. Tularemia in dogs can be treated well if diagnosed at an early stage otherwise it turns to become fatal.

The biggest source and cause of tularemia in dogs are ticks and fleas. These blood-sucking insects bite and live off the blood in dogs. Once an infected tick bites a dog the infection is directly ingested in the blood of the dog.

Tick and flea bites are one of the most common reasons that cause tularemia in dogs. However, tularemia being a zoonotic disease affects different species of animals and further transmits it from one species to another. This is exactly how a dog can pass on the disease to the humans in the house. The second most common cause of tularemia in dogs is by means of another infected animal.

Hunting dogs alone do not pose a threat to contract tularemia. Tularemia in dogs that are just regular domestic pet dogs is also possible. Some dogs tend to be very mischievous and love chasing small animals. If an infected animal gets into your backyard and your dog hunts it down, the disease is passed on.

Other common causes of the disease include:

Symptoms of Tularemia in Dogs

Your dog can be infected by a tick or a flea bite. As the infection grows and turns into tularemia your dog may start showing mild to severe symptoms of being sick.

Initially, dogs may experience a mild loss of appetite or also catch a low fever. In some dogs, the symptoms start showing up only when the disease has worsened. They may show severe symptoms like high fever or organ failure.

Normally it can take around one to ten days for the symptoms to be visible in your canine. Some of the symptoms of tularemia in dogs are similar to humans. When your dog has contracted tularemia he/she may show various symptoms such as:

If you see any of the following symptoms you must immediately consult a veterinarian. Dogs are rarely affected by tularemia and are less susceptible to catch the disease than other animals. Some dogs even experience short periods of lethargy or poor appetite.

In rare cases, some dogs may also show symptoms of conjunctivitis and draining abscesses. Early detection of these symptoms and proper diagnosis can help in treating tularemia in dogs at an early stage.

If symptoms are avoided and treatment is not started on time the disease can become lethal.

Diagnosis of Tularemia in Dogs

To diagnose tularemia the above mentioned causes and symptoms should be ruled out. A veterinarian will opt for a full medical history of the dog and consider what possible infection vectors your dog was previously exposed to.

A thorough physical exam and a complete blood count (CBC) test will be done. Following the CBC test will be a blood chemistry panel and urinalysis. This testing will reveal low blood sugar, low blood sodium, increased white blood cells, and a very high blood level of bilirubin. The urinalysis may also point out blood in the urine.

Based on the physical exam the vet may further prompt treatment to start even before the final diagnosis has been completed. A bacterial cultural test will also be required.

If the blood tests are done after a gap of two to four weeks the tests may show increased tularemia antibodies that indicate the spread of infection. Apart from these regular tests DNA testing also known as PCR can help in identifying tularemia in blood and tissue samples.

The symptoms of tularemia are also very similar to bacterial diseases such as plague and pseudotuberculosis. The similarity it shares with the other bacterial diseases calls for a detailed diagnosis to identify the bacterium either by culture or by an antibody test.

Poorly diagnosed and untreated tularemia if later diagnosed during necropsy. In severe cases of tularemia in dogs the case may be required to be reported to the local public health authorities.

How to Treat Tularemia in Dogs

Treatment for tularemia in dogs should be started as soon as the symptoms start showing up. Start from consulting to a veterinarian and then getting proper diagnosis done.

The treatment should start early so that the disease does not become grave and lead to the dog’s death. Death by tularemia is very common and very likely to happen.

When dogs are getting treated for tularemia their owners should also be cautious and take precautions so that the disease is not transmitted. When the vet has diagnosed and detected that your dog has tularemia, follow the vet’s instructions very carefully.

Tularemia in dogs is treated by giving them antibiotics. Infected dogs require hospitalization and are kept under observation. Dogs are also given required supplements mainly intravenous fluid therapy.

The draining abscesses (a drainage procedure of the area with a bacterial infection) should be removed surgically. Some dogs that have severe symptoms need extra care and attention followed by hospitalization and intravenous fluid therapy.

Also, the antibiotics approach of treatment is a must for dogs with mild to severe symptoms of the disease. For tularemia in domestic animals, the veterinarians suggest the antibiotics streptomycin and tetracycline.

The medication prescribed by the veterinarian (antibiotics) should be regularly administered to the dog, even when the dog’s condition has improved. You should not stop the process of medication is the dog stops showing symptoms of tularemia.

If you do so the repercussions of stopping the medication halfway can become more difficult to treat.

How to Prevent Tularemia in Dogs

Tularemia is not just a bacterial disease but it is a zoonotic disease as well. Zoonotic diseases are the diseases that have the potential to carry and transmit the virus from animal to humans.

So when we talk about tularemia in dogs it an important factor to consider that the owner of a possibly infected dog is not at risk. To stop the spread prevention is the only cure.

You can cut the spread of the virus at source by basically taking good care of your dog. Dog owners often complain about their dogs getting tick bites. The first and most important preventive measure against tularemia is tick control for dogs.

Even then if your dog somehow happens to be bitten by a tick start using tick and flea drops and sprays. Give your dog proper medication. Insecticide baths will also help in preventing tick bites.

Tularemia is a serious bacterial disease that can cause death in dogs. However, tularemia in dogs occurs in rare cases because dogs are pretty much resistant to the bacteria.

Still, dogs pose a threat of contracting the disease and if that was not enough they can also pass it on to humans. Taking good care of your pet is a must to avoid and severe disease especially tularemia. You should be careful and attentive of what your dog is eating and drinking and always check them for tick bites.

The zoonotic disease can be difficult to treat once contracted but it is curable. Early detection of symptoms can heal your dog soon and avoid the disease to spread and become fatal.

We hope our article on tularemia in dogs has helped you and alarmed you of possible threats to your dog.

Mention your views about tularemia in dogs in the comments section.

10 Best Dog Food In India: A Handbook And Review For...