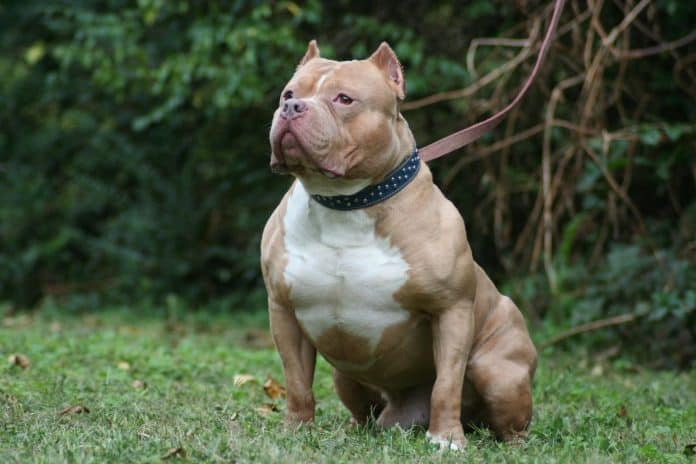 The Red Nose Pitbull is a smart and energetic dog that is worthy of getting familiar with.

The Red Nose pitbull is faithful, affectionate, and filled with fun. Even though the identity of the dog is engulfed by debates and disputes, this fabulous dog can make a great pet if brought up correctly.

But what are the red and blue varieties of Pitbulls? Before you come to a conclusion, its best to get a knowhow about them.

The Origin of the Red Nose Pitbull

Around the year 4000 BC, some breeds of Mastiffs were inbred and it resulted in what are today’s Pitbulls. These were used by the Greeks as working dogs and for fighting in battles.

In the middle of the 1900s, this specific strain of dogs was imported to the United States together with Irish Immigrants.

Some believe that the American Pitbull Terriers with red noses are very similar to this dog and are hence better. However, this doesn’t make the Red Nose Pit any closer to them.

As of today, there is no Red Nose Pitbull breed recognized by the American Kennel Club, or for that matter, by any other dog club or association in the world.

The Appearance of the Red Nose Pitbull

The Red Nose Pits have a unique appearance. They are red in color, with tones of red/copper/brown on their toenails, fur, eyes, and nose!

On their chest and toes, they have hints of white/cream. These patterns exist in the Red Nose Pitbull puppy since birth.

Their build is athletic, strong and muscular. They are agile in movement. The canine possesses jaws that are powerful and huge, with the chest being broad and neck being thick.

Their coat is shiny and short-haired, well-purposed for grooming.

The Blue Nose Pitbulls comes with a fur having shades of gray and less often with shades of blue. They have a different gene than the Red Nose Pitbulls that causes the occurrence of blue color in them.

Apart from this, they both have the same temperament and personality.

Because the Red Nose Pits were specialized as hunting and fighting dogs, they are known to be aggressive in nature.

But today, the aggressive nature of these canines has disappeared due to cautious breeding by breeders.

The canine is an amicable, faithful, and a protective dog. When feeling a threat to its family, the Red Nose Pitbull dog becomes protective.

Meeting unfamiliar animals can be tricky as his hunting instincts could kick in. Training him for socialization can help him in making his behavior better.

The question many people ask is: are Red Nose Pitbull dangerous? The simple answer is NO.

If brought up with proper care, they can be as less dangerous as possible. Yes, it depends on the owner and his upbringing.

The Pitties who are fostered with aggression will turn out unpredictable in situations of endangerment. They desire companionship with those who they are fond with.

They are nice as pets and famous for being good to children.

Pitbull Terriers are intelligent dogs. To motivate positive behavior in them, use praise, and rewards such as treats.

It is very important that you be the leader of the dog, otherwise, he may become dominant and disobedient.

You can ensure your leadership and dominance by applying the method of using a commanding voice and sustaining eye contact at the same time.

Love and fondness must always be shown as that will go a long way in having a positive relationship between you two. It also plays a helping part in the training.

To avoid or reduce conflicts between you and the Pittie, use the method of quickly providing a reward whenever he acts correctly. This will ensure that the dog acts as per your anticipation.

Strive to give your Pittie as much socialization as possible. Train your dog to understand that not every encounter they have has a threatening potential.

Start the Pittie’s socialization as early in puppyhood as possible. Make him desensitized to his environment by making him feel safe with your close people.

A nicely socialized Pittie can be surprisingly friendly and loving to everyone around.

Exercise for your Red Nose Pitbull

Ensure the physical health and goodness of your dog by giving him sufficient and regular exercise.

Frequent exercise is recommended as the Pits are sturdy and bulky dogs.

The Pittie is suited for both indoor and outdoor environments. However, keeping it indoors more often is not appropriate. Even if it is just once a day, you need to take him out for a nice walk or for playing in the open.

The open space that the Pitbull gets should be sufficiently wide.

Physically challenging exercises like hiking are good options for a workout. On the flip side, giving him low amount of exercise can turn out damaging.

Not enough exercise can cause obesity, and possibly multiple other health problems that would be difficult to manage.

Due to their short and lustrous coat, grooming becomes a worry-free experience. Also, they are not hypoallergenic, meaning that they shed averagely twice a year.

Brushing the coats every day is fine and wouldn’t take much of your effort. Not surprisingly, the Pittie’s fur will not become tangled or matted. Still, regular brushing helps in balancing the oil distribution throughout its coats.

Bathe him when necessary using the dog-specific shampoo so that his coat remains healthy and sparkling.

Check thoroughly for any skin conditions in your dog as he is susceptible to them.

Inspect the American Red Nose Pitbull Terrier’s ears for any infections at a minimum of one time a week. Also, clean his ears and eyes to prevent infections.

Brushing your dog’s teeth one time a day to stop the onset of bad breath. Trimming his toenails regularly is recommended as it would help him in comfortably run and jump.

Your dog’s nutritional needs change as he transforms from a puppy to an adult.

¼ to ½ cups of high-quality dry food is recommended for the Pittie. Feed him 4 to 6 meals every day until he reaches 6 months of age.

After he surpasses 6 months of age, alter his schedule to feeding him 3 meals daily.

Feed him protein that is easily digestible since digestion is a bit difficult for puppies. Kibble consisting of 34% to 40% protein will be the best option for your Red Nose Pitbull puppy.

Fat is required for the puppy, while avoiding excess fat. Only 14% to 17% of fat is necessary, and that too from sources such as fish and chicken.

To make his bones grow properly, calcium food is essential to be given.

Here is the breakdown of the best quality dog food and find out which one of these is the most suited for your dog.

Readjust your dog’s diet when he reaches 18 months of age. If you own a large Pitbull, he may need 3 cups of high-quality dry food a day separated into 3 meals.

For a small Pittie, 2/3 cup of food daily will do just fine.

Prevent overfeeding your dog to avoid health problems such as obesity.

It is quite evident that the Pitbulls are more physically well off than many other dogs, but there are certain health issues that even they aren’t devoid of.

Because of their posture, their heavy musculature and body position can put excessive load on their ligaments, causing lameness in legs.

Preventing the dog from getting overweight can help in preventing this misfortune.

Not only can Pits suffer from allergies, but they are also very likely to suffer retinal degradation.

If you observe them getting troubled because of their vision or see them getting confused while fetching something, visit a vet right away.

Some other Red Nose Pitbull health problems you must keep a check on are kneecap dislocation, degenerative myelopathy, and hip dysplasia.

The Pitbull has a lifespan of up to 14 years. In some scenarios, they have been observed to have lived beyond 16 years.

Cost and Other Expenditures

The price of the Red Nose Pitbull starts from $500 and goes up to $2000. Due to their rarity among Pitbulls, they can be on the higher side of the cost.

If a breeder has a Pittie associated with the Old Family Strain, the price would certainly go much above, even far higher than $2000.

Buying cheap puppies is an indication of the poor quality of the dog. Refrain from buying cheaply and don’t mind giving some more money to buy one of those better ones.

The purchase of Red Nose Pitbull dogs requires a lot of paperwork. The registration process may cost you around $50.

If he gets injured often during play, you can expect the cost to go up to b for his treatment.

Dog walking can be a bit expensive. It can cost around $50 a week. Food costs $100 per month if it is quality food that you are giving.

To add to this cost, buying medicines could add an extra $100 per month.

The Red Nose Pitbull dogs are very much a point of debate all over the world. Hence, due to their controversial nature, they are not recognized by the American Kennel Club.

The Red Nose Pits were initially used for baiting large animals like bear. Since this activity was illegalized, the owners went ahead to breed these dogs for dogfighting.

Red Nose Pits are slightly bigger than the regular Pitbulls. With its strong and muscular body, it possesses an intimidating look.

Red Nose Pits had a bad image of its aggressive nature, however, after thorough studies, they were found to be less aggressive than some other breeds of dogs.

It must be known that when Pits bite, the bite can cause death. Such is the strength of the dog’s biting.

Pitbulls are forbidden in many countries of the world including the UK and some parts of the US.

Check our website for more in the world of dogs.

Puli: The Most Strange Yet Cute Dog!

Everything About The Red Nose Pitbull