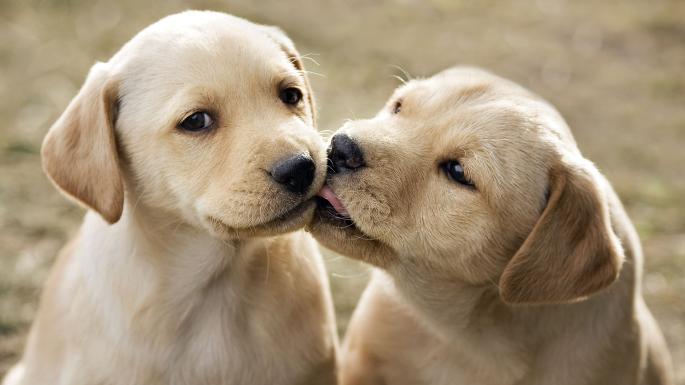 Dog breeding can be called as both art and science, it is the process of reproduction in dogs either to maintain a particular breed pattern or to invent a blend of characteristics and features.

Usually, dog breeding and mating is natural process of reproduction.

But ever since dogs have started being included with human beings as their family members; dog breeding also inclines much towards the art of artificial mating of dogs amidst dog owners.

With artificial I mean, it’s a systematic approach to intentional breeding of dogs.

A Brief History Of Dog Breeding

Ever since the usefulness and companionship have been instilled in the awareness of humans, dog breeding has become a major practice since the 19th century.

In the initial stages, a purebred dog was only owned by people who came under the wealthy strata.

But as of now, dogs are easily affordable by the majority it has led to wider and newer breeding goals.

It all started from the pre-historic times where dogs were bred based on the requirement category such as livestock guardian dogs, hunting dogs, and sighthounds.

Dog breeding is being practiced for a different purpose lately – breeders are focusing more on the appearance than the consequential temperament and abilities.

Breeders have taken the game to a different level which gave rise to miniature size dogs, shorter face or more pointed beaks of dogs which brings higher profit margins for their show businesses.

Before Preparing Your Litter

Since you’ve already made up your mind to prepare your litter, there’s nothing stopping you.

But you must make sure whether you’ve mentally thought this through.

The process of having a canine overload at your place is exciting, but a big responsibility at the same time in terms of money, time, knowledge and emotional engagement.

The primary step would be an overall health inspection of your bitch.

To make sure that she has undergone all her vaccinations and is ready to be a healthy mother for the litter.

Being an amateur breeder, you ought to consult the person who can mentor you through the process and guide you to the path of systematically correct breeding.

You must consult a breeder in order to understand the mechanism of choosing the best potential sire (male dog) that compliments the structure and pedigree of your dam (female dog).

Coming In Touch With The Potential Sire Owner

Just like there is a complete physical analysis of your bitch, you must have a health report of the potential sire you’re looking forward to mating with.

Effective communication with the owner of the potential sire is necessary because it’s a 50 – 50 percent deal and both the parties are equally responsible for the puppies.

The various parameters about breeding should be predetermined, it is highly recommended that both the dam and sire owners consult a breeder before preparing your litter.

Basic Checklist For A Rookie Breeder

Dog Breeding is not something that comes out of a dream you saw last night about a hundred puppies and how exciting it was, it is an act that comes out of responsibility, there are some questions you need to ask yourself before diving in.

If the answer to all these questions is not ‘yes’, dog breeding is not something you should even think of taking up.

But if it’s yes, your mindset should be as such:

Just like in human beings there is a certain age before which sexual intercourse is not recommended, similarly in dogs the same rule applies.

However, it depends a lot on the breed of dog.

Many smaller dogs reach the age of sexual maturity as early as four months.

Male dogs, on the other hand, start producing sperms from the age of 6 months, but they do not reach sexual maturity until 12 – 15 months of age.

2. Knowing About The Estrous Cycle:

The Estrous Cycle is something that you must be completely aware of, it is a process that every female dog goes through after reaching sexual maturity.

i. The Proestrus Stage: This is the stage which in layman’s language is known to be said as the dog ‘is in heat’.

This stage lasts for 9 days, but depending on the breed and behaviors it can go up to 0 – 27 days.

During this stage, the male dog will be attracted to your bitch, but she won’t be receptive.

The vulva would be swollen and you’d find a bloody discharge.

ii. The Estrous Stage: This is the stage where the female will be receptive and is also the fertile stage, most suitable for breeding.

This stage lasts for an average of 9 days, but depending on the behavioral changes it can last between 4 – 25 days.

The vulva softens and the blood discharge is comparatively low.

iii. The Diestrus Stage: During this stage, the female dog is no longer receptive to the male dog.

This stage lasts for a time period of 2 months.

iv. The Anestrous Stage: The time between diestrus and the next proestrus stage is called as the anestrous stage which lasts for approximately 4 months.

It also depends on the breed and characteristics of your dam.

Artificial Insemination is another breeding procedure that is being incorporated for the breeding of breeds that are rare.

It is the process of infusing semen of the desired male dog into the vagina or cervix of the female dog in order to bring about pregnancy.

Even though Artificial Insemination shouldn’t be your primary choice, it should only be thought of in rare cases and must be consulted by veterinarians who specialize in AI.

4. Socialization With The Mating Partner:

If you’ve chosen a handsome sire for your dam, it is time you start sprinklings hints to your bitch by initiating socialization with the sire.

Many times, due to lack of social skills a female dog might show aggressive and distressed behaviors towards the male dog and eliminate the chances of mating at all.

Introduce your bitch to the sire, make sure they’re meeting frequently and are bonded properly for things to go ahead.

5. Make Sure Your Dam Is Ready:

After your bitch reaches the age of sexual maturity, you’ll observe certain changes in her behaviors and body.

6 – 8 months is an average age for a female dog to reach sexual maturity, after which she’ll be ready for mating and breeding.

The number of estrous cycles or you can say ‘times when the dog is in heat’ depends on the breed and size.

It is during the estrous stage in the estrous cycle which is known to be the perfect stage for mating, as female dogs are receptive of male dogs and are bleeding less during this stage – which can lead to a successful breeding process.

Make a health report of your dam, including reports of every medical aspect with the veterinarian before mating her.

Make sure she isn’t suffering from any existing ailment or whether all her vaccinations are done for the year.

At the same time, a sire should be equally healthy and should undergo and complete health check-up in order to ensure the reproduction of a healthy litter.

A table is a good option considering you have a small dog, it’s a struggle many times for the dog to position themselves and follow the process correctly.

You and the owner of your bitch’s mating partner can hold both the dogs in the correct position to ensure mating is executed successfully.

If it’s the first time for your dam, chances are that she would be nervous and she might panic when the male dog inserts his penis.

But still, you can hold them together until the ‘lock’ or ‘tie’ is achieved.

The whole process can be tedious, but it’s a part you’ve to go through in order to make breeding and mating success.

This is a situation where the penis of the male dog is distended and slips out right before the ‘tie’ is about to be achieved, which can be frustrating for the dog owners as well.

It is due to this reason, it is recommended for the bitch to be in her estrous stage – since she is receptive, she would go out of her way to accommodate the sire.

It is always better that you leave both the dogs on their own, as they don’t like to have interfered while they’re mating.

You can steady the bitch if it has occurred, but you don’t have to worry if the sire has ejaculated inside – which means that the litter is on its way.

It’s a rare case if all the measures have been carried out appropriately, but it’s always better to be aware.

In the case of premature withdrawal, you’ll notice the penis of the sire still distended and semen dripping from its tip the same way it would have been if the ‘tie’ had been achieved.

To ensure complete breeding, you must collect the dripping semen in the wide-mouthed jar or a bowl and use a dropper to collect it.

The semen then needs to be instilled inside the female dog in order to ensure complete breeding, it would be better if the female dog is laying down on her back, which would be the ideal position for the reproduction.

I’m sorry for ‘ick factor’ as there is no better way to explain things that are innately natural in its course.

Achieving the lock is a sign of successful breeding.

In general, the locking period lasts between 10 minutes to an hour.

You’ll find the male dog trying to attain weird positions, he would mostly rotate backward – being locked back to back.

The dam and the sire may even lay down and rest for a while during this period.

Your role is to leave them alone and just avoid the situation where they’re either pulling each other.

Just like human babies, puppies cannot generate antibodies on their own so it is necessary they receive their mother’s first milk.

The dam’s first milk is rich in colostrum which is a disease-protecting antibody and puppies have the ability to absorb those antibodies only during the first 24 hours of their birth.

Dog breeding is a cumbersome process, but at the same time if done correctly can yield rewards that touch your heart.

Puppies are no different than babies, the hassle you would go through is the same – but the depth of connection you build with your dam and the puppies make it difficult to give them away by the end of the line.

It’s a factor of cheerfulness seeing a litter running and playing around your yard while they are being raised, it’s fulfilling watching how those puppies grow naturally, it’s a beautiful process but at the same time exhausting in terms of time, money and emotions.

If you’re planning to breed, it’s up to you, but it’s always better to think it through!

I hope you got answers for what you were looking for.

Kindly let us know, what are your thoughts if you’ve had experience in dog breeding? If not, what makes you want to breed dogs?

Comment and share this link to people who are looking forward to breeding dogs. Your interactions add value to us, thank you and have a great day!

20 Breeds Before & After Growing Up