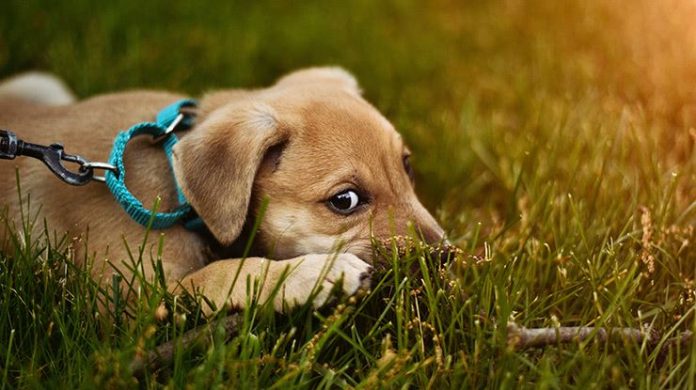 I can’t help, but the title itself might have grossed you out of the world.

My purpose wasn’t to bring that unsettling expressions on your faces, but many dog owners do need a reasonable answer to ‘why do dogs eat poop?’

Even though dogs are a man’s best companion, we must accept the fact that they are not human beings and would indulge in activities that would be normally inappropriate for us.

Out of all the disgusting habits from drinking toilet water to licking their butts to diving in a dump yard – eating poop would rank the highest out all the gross activities you four-legged companion does.

The scientific name of this habit is ‘coprophagia’, and there are both scientific and psychological reasons to why dogs view poop as free treats showering from the sky.

Just in case, if your dog is a serial poop eater there’s no need to bring your morale down, there are ways you can discourage and abolish this behavior in them.

Doctors’ Point of View on Coprophagia:

There are deep studies lead by various doctors and scientists, where they have studied the behavioral aspects of dogs ever since their existence to understand the presence of this behavior.

A study carried out in 2012 by the American Veterinary Society of Animal Behavior, showed that:

This study which was led by Benjamin Hart revealed that this habit is the presence of natural awareness in dogs about the ancestral canids living in nature that protects pack member from intestinal parasites present in the fresh stool.

Even though it is repulsive of human beings, it might not be the same scenario as per the canine point of view.

Dogs have evolved from scavengers, savoring whatever they found on the ground or in the trash, so the idea of a delicacy for them might be contradictory in comparison to us.

Steven R. Lindsay in his Handbook of Applied Dog Behavior and Training says that: ‘coprophagia may be one of several appetitive survival behaviors that have evolved to cope with the periodic adversity to starvation’.

In other words, there are fewer choices when food is scarce.

For some animals, poop-eating is a crucial habit to optimize their health.

Such as, it is common for rabbits and hares to eat their own fecal droppings.

For them, poop may provide some important key nutrients.

Also, if you keep rabbits away from eating the food their health would deteriorate and they would stop thriving.

It is however very natural for mother’s of newly born puppies to nudge them to clean up their feces and even the puppies would actively indulge in this habit.

They tend to feed on their own poop known as autocoprophagia and on the fecal droppings of other animals like cows and horses, called allocoprophagia.

Eating their own poop is completely fine for the puppies, the feces of other animals may look appealing but it can be unhealthy and toxic for them due to contamination due to parasites and insects.

Some Facts About This Weird Habit:

Many puppies who eat their own poop, might just be doing it as a part of exploring the world.

This habit usually tones down with age.

Some puppies would leave it at a sniff, while others would want it – just like small children with a tendency to put everything in their mouth.

A disgusting fact: Dogs will never eat soft and moistened poop, they’re always more inclined towards the solid and hardened version of the poop.

Why Do Dogs Eat Their Poop?

A lot of dog owners need a full proof reason to why do dogs eat poop?

If your four-legged companion is being caught multiple times in the act of savoring poop, your first step should be consulting a veterinarian.

There can be health-issues that has to be ruled out, such as:

Dogs tend to feed on their fecal droppings due to many environmental stresses or behavioral triggers, which can be:

It has been found out in various studies that dogs who are confined and isolated to their kennels or are always tied up have more chances to inculcate this habit.

Dogs who stay isolated and alone all the time and have been introduced to the external world very less, coprophagia is more likely to exist in them.

Dogs who are being treated very harshly due to strict house training may eat up their own poop in order to eliminate evidence.

But then they’re often punished even more, so they get stuck in a loop.

Many times dogs would savor their own poop in order to get a reaction from their human, which they mostly do. So, it’s better if you try to take it lightly.

If you’re feeding your four-legged companion amidst the periphery of fecal droppings.

They will be unable to make the difference between poop and real food – leading to this repulsive habit.

Scenting It From Their Mothers:

Puppies often get into this habit by getting the odor of poop from their mother’s mouth.

Many times mothers promote their puppies to feed on food mixed with feces.

Lindsay calls this appetitive inoculation and a major reason behind the self-development of this habit.

Having a Sick Or Elderly Pack Member:

Dogs would mostly eat the feces of their sick or elderly mates.

Scientists regard this habit as that to an instinct to protect their pack members from predators.

Ways To Stop Your Dog From Eating Poop:

Poop eating habit is something that is innate in their existence.

As a part of being the owner, you must accept it and work on strategies that eliminate these habits.

There are a bunch of ways that might work well to relinquish this repulsive habit.

It has been proven that dogs feed on feces because their diets are deficient of certain vitamins and minerals, and poop looks like a good source to them.

For many dogs, poop is merely a way to re-absorb the nutrients from the food that they couldn’t in round one.

Prominently, vitamin B is the nutrient which is majorly found in feces and is an important reason for them to feed on fecal debris as per scientists.

Compared to the canine diets of their ancestors, their diet highly infused with carbohydrates than required meat-based proteins and fats.

Feeding them foods that are high in meat-based proteins and enzymes keeps avoids enzyme deficiency that serves digestion in their bodies.

Just because dogs feed on the poop at times, doesn’t mean that it will be acceptable for them to feed on feces that are utterly foul-smelling.

Ways To Eliminate The Habit By Training And Environmental Management Methods:

Instead, train them for a treat post taking a dump so that they are habituated to real food instead of fecal droppings.

Risks Of Dogs Eating Their Poop:

Even though the risks of the dog eating their own feces is minimal.

But at the same time, we have to keep this in mind that they’re in physical contact of human beings.

The bacteria and parasites that serve them well for their body, can have infectious repercussions in human beings.

If your dog won’t stop eating feces, it is time you involve them into regular and effective oral hygiene rituals, to avoid parasites to infect the family members.

Many dogs are highly attracted to the poop of various other animals, which must be strictly avoided as it can prove to be a major downfall for their own health.

It’s understandable how repulsive poop eating behavior can be, but there are always changes in a dog’s life where he’ll want to feed on feces.

It’s inevitable and as a part of being a dog owner, you must gulp down the poison and leave them on their own for a while.

Dogs are known for their receptiveness, you can always communicate in them in the best possible way to make them realize that you don’t approve of this behavior.

Keeping them amidst a cleaner and healthier environment and training them in a systematic way, would definitely eradicate the coprophagia.

So, just don’t fret, it just might take a little time.

I hope you found the reasonings and information useful.

Do you have any other remedies to share for poop-eaters?

Share the link of this blog with people who need answers to why do dogs eat poop?

Thank you for your time, your engagement is valuable to us!

Top 25 Best Dog Cooling Vests: How Do They Work? Precautions,...