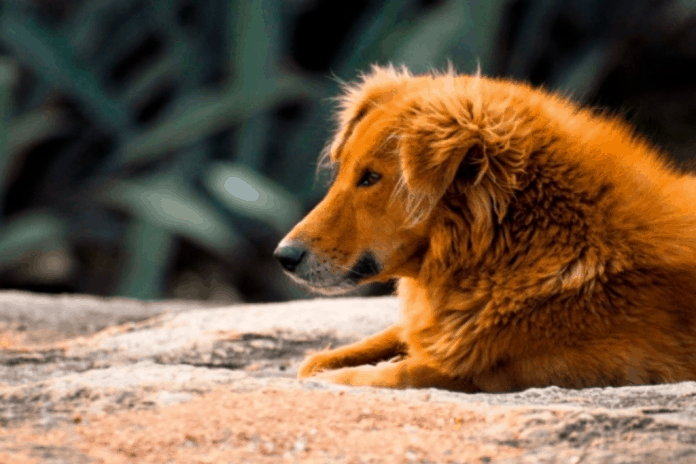 InDogs or Indian street dogs like you might call them, are just like any other “foreign dog breeds” also known as the pedigree dog breeds, *cough* the one that we Indians are obsessed with.

I am sure you all are well aware and come across the breeds such as Beagles, German Shepherds, Golden retrievers, or even Labradors, the world’s most famous dog breed. The majority of the dog owners have a foreign breed and the Indian street dogs are always neglected, or worse stone pelted.

Firstly, kudos to everyone out there who have started to adopt Indian street dogs than buy foreign dog breeds from local breeders. You all are giving a new life to our four-legged friends who were abandoned on the streets.

We hoomans are always inclined towards foreign products, especially Europe and America, as a prize of possession. May it be for a watch, we would want Rolex. If we want to buy a shoe, it has to be Adidas/Nike. We consider them as a status symbol. Unfortunately, dogs are being considered as a status symbol nowadays.

Feel like getting a Spitz? Guess what? There is Indian Spitz as the replacement. Do you want a Doberman? There is a Pandikona dog to satisfy all the needs! Although what we do is, we end up shedding thousands for a foreign breed.

The dog business has advertised the pedigree dogs in such a way that our cute little Indian furballs have been neglected. Indian street dogs are just as cute and cuddly as the other breeds. All you need to do is be “street smart” 😉

If at all you are planning to adopt a pedigree dog, here are 10 reasons why you must choose an Indian street dog over the pedigree dogs.

Dogs are man’s best friend and loyal buddies. It doesn’t matter whether it is an Indian stray dog or a pedigree dog breeds. The loyalty remains the same throughout.

Alright, alright, I know you do not trust me so, if you doubt this, let us do a sample test. Next time you come across an Indian street dog, feed them food two or three times a day for a week. The reaction they give the next time they see you are just adorable! Try it!

One of the major reasons due to which people doubt the loyalty of these stray dogs is because they chase people, vehicles and you see them fighting.

Haven’t you heard of a Labrador barking at birds? Haven’t you seen a German Shepherd bark at unknown strangers when they take over their territory? Think about this. Wouldn’t you be scared when a stranger comes over to you and stone pelts you because you are roaming around the area in search of food?

It is their survival! They survive by eating food off the streets and they get pelted for that!

2. An Indian street dog a day, keep the dog-tor away

Being an Indian street dog, they are acclimatized to the Indian weather. Adopting a pedigree dog might increase the doctor visits or you might worry about your mutt’s health.

Naturally, an Indian street dog will be able to cope up better with the bizarre climate change that India is going through currently. Yes, a Labrador or a golden retriever also has a good coping up tendency, although being a foreign breed, they can be more prone to diseases than our local Indian street dogs.

Think about it. Do you think a Husky or a Malamute or even a Saint Bernard can handle the heat and the climate change of India? They are meant to be for the cold climates and the Indian climate might just make them aggressive and dehydrated.

Meanwhile, the average lifespan of a foreign dog breed ranges from 10 to 12 years. So, your Indian fur mate will have a longer lifespan and give you more tail-wagging and face-licking.

Did you know?
More than 90% of the Indian street dogs are currently homeless

Being on the streets throughout and struggling to get a portion of food, your Indian street dog has a better immunity than a majority of the pedigree dogs.

Knowing that they have to struggle to win their meal, their bodies have developed a great immune system. Just like any other dog breeds, your Indian street dog also loves to eat food. So, if you need to train them, using some paw-sitive reinforcement by giving them treats can make them listen to you faster.

5. Once upon a time in India

During the Indian monarchy times, Indian street dog breeds such as Rampur Greyhound, Chippiparai, Rajapalayam, and even Bakharwal dogs were owned by noble families and aristocrats.

Even now, the Mudhol hound is used in the Indian Army. German Shepherds are being replaced with Bakharwal dogs and Indian Pariah dogs in certain regions of India.

During the time of the British Raj, the Indian street dogs (which were purebred then) were often traded with horses. Nowadays, Rajapalayam and Kanni dogs are used in the Indian army as a guard dog.

6. Bought for a song

Okay, so what is the price of a Labrador in your vicinity? 12,000 – 20,000 or even more? Well, here is the news for you. Indian street dogs are very cheap or almost free of cost. They do not need much grooming sessions as well.

Their average cost for grooming will not cost you more than 60,000 INR for an entire year! The annual cost of grooming for a German Shepherd or a Doberman will be around 1,00,000 INR (minimum).

If at all you live alone and you need a dog for yourself, what else is better than getting an Indian street dog which has low maintenance?

Did you know?
It is often misunderstood that Basenji is the only dog breed in the world that cannot bark but yodels. Jonangi is another Indian breed from Andhra Pradesh that can yodel!

Yeah, alright not all Indian street dogs are as furry as a husky or thick-skinned as a Saint Bernard. Although, have you ever fed an Indian street dog and paid attention to their way of saying thank you?

Let me tell you a short story. One day, I was walking on the street and this little puppy was just starving food and I thought I had some left-overs from lunch and decided to share it with her. When I was feeding the puppy although she was eager in eating the food, she did not bite my hand in the process and that shocked me.

The other thing that made me from “Wow” to “aww” is how she licked my feet and my hand with those puppy dog eyes staring right at me. Those big beautiful brown eyes! I decided to take her home. Currently, I have 2 dogs; one is an Indian spitz and the other one is a Pandikona dog.

8. The greatest teacher, failure is

Training an Indian street dog can be fun and hilarious. They are very smart and have high intellect. The basic training such as “fetch”, “sit”, “stay” and “potty-training” can be taught to them very easily.

The foreign breeds are not the only breeds that can learn commands. Indian street dogs are said to be just as smart and intelligent as other pedigree breeds. Living with them, you can understand the basic movements and body language and you can train them accordingly.

Let us take an example of an Indian Pariah dog. They are considered as one of the easiest to train dog breeds. They learn the basic commands within a few repetitions. Yes, some of them are a bit shy and might take time.

Making them feel loved is the best way to make them comfortable. Once your Indian street dog is comfortable, training them can be simple.

9. Their eyes are fireflies

Many purebred Indian street dogs are a sighthound. Although few of them do have some impeccable sense, they are mainly sighthounds. So, even if you are sound asleep, a small crack in the house will alert your pooch!

Many local Indian street dog breeds are being trained to be guard dog in police campsites and the few are trained in harsh conditions to be an excellent fighter dog breed.

So, do you already own an Indian street dog? Oh! So, you own a pedigree breed? Well, it doesn’t matter whether you own a dog or not. The question is whether you are an animal lover or not. Does it matter to you that these gorgeous Indian street dogs are becoming extinct? It is up to us to take the next step and paw-tect these endangered dog breeds.

Here is the list of endangered Indian street dog breeds. It is now or never and we have to take three steps forward and no step back to save the rest.

Did you know?
Almost all the Indian Purebreds are now on the verge of extinction. The majority of them have been crossbred and the remaining are either being preserved or roaming around in the wild.

On A Serious Note

Indian Street dogs are diminishing in the blink of an eye-sight. Bakharwal dogs were reported with rabies or they were shot dead by separatist militants. Pandikona were poisoned in the village leading to less than a thousand available right now. Jonangi has been driven out by many local herders because they did not find “any use” for them.

After the book written by Theodore Bhaskaran “The Book of Indian Dogs”, many animal activists have risen and taken some initiative to preserve the breeds.

In Deccan Plateau, some local groups are involved in the preservation of dog breeds such as Jonangi and Pandikona dogs.

Bakharwal and Gaddi dogs who are less than a few thousand are currently being preserved by the Uttarakhand ministry.

Should I Get A Dog? We Help You Understand How a...